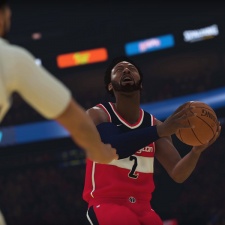 Publisher Take-Two Interactive has won the lawsuit over the use of tattoos in NBA 2K16.

As reported by The Hollywood Reporter, Solid Oak Sketches claimed to own the copyrights to tattoos on various NBA stars including Lebron James. Initially, a motion to dismiss the case was waived by a judge, this led to the basketball legend himself getting involved.

"I always thought that I had the right to license what I look like to other people for various merchandise, television appearances, and other types of creative works, like video games," said James.

Upon further investigation by the current judge, it was ruled that 2K and Take-Two were not committing copyright infringement.

"Defendants are entitled as a matter of law to summary judgment dismissing Plaintiff’s copyright infringement claim because no reasonable trier of fact could find the Tattoos as they appear in NBA 2K to be substantially similar to the Tattoo designs licensed to Solid Oak," said U.S. District Court Judge Laura Taylor Swain.

"The Tattoos only appear on the players upon whom they are inked, which is just three out of over 400 available players. The undisputed factual record shows that average game play is unlikely to include the players with the Tattoos and that, even when such players are included, the display of the Tattoos is small and indistinct, appearing as rapidly moving visual features of rapidly moving figures in groups of player figures.

"Furthermore, the Tattoos are not featured on any of the game’s marketing materials."

Swain added: "When the Tattoos do appear during gameplay (because one of the Players has been selected), the Tattoos cannot be identified or observed. The Tattoos are significantly reduced in size: they are a mere 4.4 per cent to 10.96 per cent of the size that they appear in real life.

"Further, the Players’ quick and erratic movements up and down the basketball court make it difficult to discern even the undefined dark shading."

The judge went on to say that the tattoos are transformative, and Take-Two was able to use them through permission of the NBA and its players.

"Defendants reproduced the Tattoos in the video game in order to most accurately depict the Players, and the particulars of the Tattoos are not observable. The uncontroverted evidence thus shows that the Tattoos were included in NBA 2K for a purpose — general recognizability of game figures as depictions of the Players — different than that for which they were originally created."

While this case may have been settled, Take-Two still has a separate case to deal with in regards to tattoos. Another artist is suing for copyright infringement over the use of tattoos in the WWE 2K series.

However, it is worth noting that that artist tattooed superstar Randy Orton in 2003 and 2008 – years before 2K took over the rights to WWE titles.