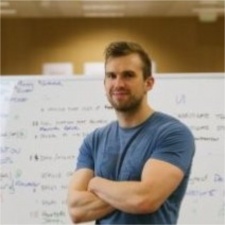 British tech company Improbable has teamed up with Tencent Cloud.

The cloud tech firm announced that as part of its new partnership the duo are launching the Improbable/ Tencent Cloud Developer Programme for the Chinese market.

On top of this, the cloud service will provide resources to developers through the use of Improbable’s SpatialOS cloud platform which includes hosting, networking, tools and online services to create multiplayer titles.

Popular genre choices utilising the tool include first-person-shooter, RPG, strategy and simulation. The system can host persistent worlds, session-based games and titles that use a bit of both.

The new initiative is open to all developers launching a game in China, as long as it both creates the title through Improbable’s SpatialOS tool and runs it on Tencent Cloud. There is ¥72 million ($10 million) available to support those who are part of the programme.

Developers are able to apply for the programme now. However, SpatialOS is not being launched in China until early 2020.

“Today’s partnership with Tencent Cloud marks a major milestone for us in China. Not only is China a market of vital strategic importance for Improbable,” said Improbable’s China business unit leader Peter Lipka (pictured).

“But I have personally witnessed the great quality of developers here. I am very excited to work closely with Tencent Cloud to help Chinese game developers bring their games to life using SpatialOS."

Earlier this year, we caught up with Improbable chief product officer and co-founder Rob Whitehead to discuss what was next for the firm.