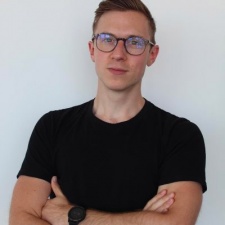 In the beginning, Improbable decided to try and wow the industry with its impressive cloud tech. Then the London-based startup was keen to show us just what projects were possible using its SpatialOS cloud tech, with the company's 2018 GDC showcase featuring a number of big names in the development community employing it for their next projects.

But in the past year, the firm is going back to basics, trying to make sure that its offering is both compelling and easy to use. We've seen this in the company's Game Development Kits for Unity and Unreal Engine, which rolled out at the end of 2018, in addition to the changes the firm has made to SpatialOS.

"We've seen some of our first games go into production and as a platform, it's an opportunity to reflect on what works well, what doesn't and think about the future. Some of the big beats are our new runtime, the core engine that makes up SpatialOS. We've actually completely remade the engine and it's now capable of ten times the scale it could before and that's just the start.

"The other thing that's kicked off is our Game Development Kits. SpatialOS has always been known as this crazy simulation technology that lets you make these amazing games. Most people are familiar with existing engines like Unity and Unreal. We'd integrated with them, but we'd never really done it service. The APIs were there but it was never natural to use it, it never felt like an extension of the engines. It felt like you were integrating whatever engine into SpatialOS, not the other way around. That's what those remakes were doing; working the game dev backwards. The story behind that was that Josh Holmes and his team from Midwinter were giving us feedback about the requirement for such a native integration. We didn't experiment about how we could make it so that truly you don't have to change a line of code in Unreal or Unity and port it to SpatialOS and it works fine. It's gone from the 'let's try this out stage' to being a proper thing."

That's not to say that Improbable is focusing less on games. The company has invested in development talent and opened a new studio in Canada's Edmonton headed up by BioWare vet Aaryn Flynn, as well as a new studio in London.

"Improbable started trying to make games and the best games technology comes from a passion for an end experience as opposed to making tech for tech's sake," Whitehead said.

"SpatialOS came out of the crucible of us as graduates trying to make a huge MMO where we bit off way more than we could chew. We built this tech to try and facilitate that. As for the timing, it's partly due to the dynamics of the industry - right now there's a time of consolidation and different parts of the industry starting to verticalise in different ways. The main reason we're doing it now is being able to improve our core technology and having groups in-house to really push those boundaries. There's always that element of risk as a game studio, especially if you are independent, and you're always thinking about that bottom line. SpatialOS is great for indies in terms of really pushing the boundaries of what you want to do."

When it comes to first-party studios - if we are to be cynical - these are nearly always there to show off something about the company that owns them and Improbable's Edmonton and London outfits are no different.

"[We probably want our studios so show off] our readiness as a tool for professional developers," Whitehead says.

"These aren't studios that are assembling out of nothing; these are incredibly high-pedigree leads coming in. From that, it's about showing that these types of people are using these tools on a daily basis to make that calibre of game that we think sends a really strong signal."

I don't know if we would have gotten the resolution and attention we were looking for with Unity unless it was taken public.

For a while now, Improbable has been the only real player in the cloud games space. Sure, Microsoft was employing its Azure servers early in the Xbox One's lifecycle for functionality like powering non-playable character AI in games like 2014's Titanfall.

But, for the most part, Improbable has been running its own. Then last year another London-based start-up called Hadean started shouting about itself and its own take on how cloud tech can be used in games with its Aether Engine.

"As a company, we've been in a very unique position compared to any other company in games where we haven't had many competitors in what we are doing," Whitehead says.

"There have always been projects like this before, someone like Hadean is situated quite close by to us and there have been other projects in the past. What you are seeing is that from a first glance or marketing perspective, [Hadean's] is a similar product, but if you go one level deeper the technology is fundamentally different. From our side, we're working from existing game engines and taking them to this next level. From that, it's more of a ground-up rework of what's going on. And at the end of the day, press releases aren't products."

And speaking of competition, we can't not ask about the very public spate between Improbable and Unity at the start of the year. While it's not uncommon for companies to fall out, normally we hear about these behind-the-scenes disputes after the fact, often years down the line. It's not normal for two companies to enter into a war of words as publicly as Improbable and Unity did. So why did Improbable take the dispute public?

"It was a pretty stressful couple of weeks for both sides," Whitehead admits.

"And it really boiled down to a lot of misunderstandings about what we were offering and trying to do. I don't know if we would have gotten the resolution and attention we were looking for unless it was taken public. That's really how I see it in terms of the terms of service changes and what was happening. That's not Improbable's view, just my two cents."

Moving forwards, Improbable is looking to integrate more than just game engines with its SpatialOS tech.

"One thing we are starting to think about is these individual game worlds and instances that are running, but games are far more than that," Whitehead says.

"Modern games are services. You have things like matchmaking, analytics, player identity and accounts, all these different things and this rich ecosystem of components that people are forming together. We're definitely starting to think about how we can help those things stitch together a bit better. Right now, a lot of our customers have to go shopping piecemeal for all these different things to make a good game. The whole proposition of a game engine in the 90s and 00s was that you didn't have to go buy a million little things to assemble a game - there's one, single solution. We're thinking about that from an online games perspective - how can we consolidate some of the things going on? We don't want to be planting our flag on everything, that doesn't make sense as there are so many good players out there, but it's about interoperability - how we can tie all those things together so it's super easy to use whatever pieces you want or whenever you grow beyond one of them, you can rewrite it."