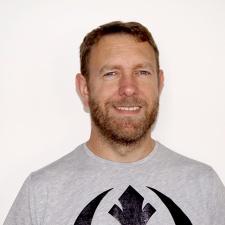 SpatialOS maker Improbable has made another acquisition.

This time around the London-based cloud games company has snapped up imaginatively-named multiplayer services firm The Multiplayer Guys. That outfit was set up last year and currently employs in the region of 60 people.

No value has been played on the deal just yet, but Improbable says that The Multiplayer Guys will be operating independently.

“Considering the growth and success that we’ve been experiencing, we weren’t looking to join a larger company, but no company is pioneering advances in multiplayer game development like Improbable," Multiplayer Guys CEO and co-founder Rik Alexander (pictured) said.

"We will continue to offer our current services without any disruption, but with Improbable’s scale and engineering support we can continue our phenomenal growth rate while also working smarter, and bring new, experienced teams of multiplayer specialists online to serve more customers faster.”

Improbable boss and co-founder Herman Narula added: “Improbable’s goal is to pioneer and practice new, better ways to approach multiplayer game development using next-generation tools like SpatialOS. But multiplayer development has many challenges, and by expanding the services that we offer we can help more developers to achieve greater results with their multiplayer games.

This deal follows the acquisition of Scavengers developer Midwinter Entertainment, founded by veterans of Halo studio 343 Industries. The move to start buying companies comes alongside Improbable setting up two internal development studios; one in Edmonton, Canada and the other in UK capital London.