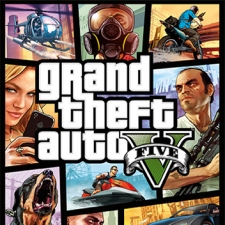 Grand Theft Auto V is once again at the top of the Steam chart.

Rockstar’s law-defying game has achieved the top spot through a 50 per cent off sale over four years after its launch on PC.

Pre-orders for Football Manager 2020 came in at No.2, with Sega and Sports Interactive's new title available for purchase with 10 per cent off. The previous instalment - Football Manager 2019 - is the best performing game in the series, with more than two million copies sold in July 2019.

In a bid to encourage the industry to be more green, Football Manager 2020 is packaged in 100 per cent recyclable materials.

Continuing its dominant run in the charts is Capcom. The publisher’s Monster Hunter: World base games sits at No.3, no doubt thanks to the upcoming Iceborn DLC. As of July 2019, the action RPG has shifted 13 million units worldwide.

Pre-orders for the new DLC - slated for January 2020 - have seen the Iceborne Digital Deluxe and the DLC itself take sixth and eighth place in the Top Ten respectively.

PUBG Corp maintains its chart presence at No.5 with the popular battle royale title Playerunknown’s Battlegrounds. Since hitting its peak in January 2018, the game has lost 82 per cent of its average monthly users.

The hugely popular fantasy RPG by CD Projekt Red returns to the Steam chart. The Witcher 3: Wild Hunt - Game of the Year Edition sits in seventh place this week, likely due to the Netflix series being released next month.

Valve’s hardware continues to sell well, despite having a hefty price tag attached to it. The Index VR kit is the penultimate entry at No.9.

Here is the Steam Top Ten for the week ending November 2nd: