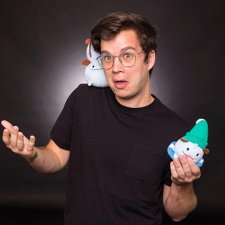 League of Legends maker Riot Games has said it wants to make its upcoming collectable card game Legends of Runeterra accessible to a wide audience.

Speaking to GamesIndustry.biz, game designer and live balance lead Steve Rubin said that there is often a sizeable barrier to entry with these titles, but that there is a large potential player base for such titles if they are more approachable.

Rubin also said that Riot has tried to take lessons away from other games in the market, including Valve's Dota card game Artifact, which launched in November 2018 and has been something of a disaster for the Steam giant with the firm announcing it was going back to the drawing board with the game earlier this year. Riot's card game has been in the works for some nine years, apparently.

"Not only do you have to learn how to play, but you also have to spend a ton of money on booster packs or buying the singles you want," says Rubin. "This stuff has really prevented players from being able to play, which really sucks.

"We're not trying to necessarily saturate the CCG market; we're actually trying to make a game that more players can fall in love with. We love [card] strategy games and we think more people will love them too if they're more accessible."

He continued: "We definitely learned some stuff from Artifact's launch. We've seen their failures, and even some of the stuff they did well, honestly. We took that as an opportunity to really grow our game. We've learned from their mistakes."

Legends of Runeterra was one of six new titles that Riot announced during its League of Legends ten-year anniversary.