Valve is launching Remote Play Together on Steam 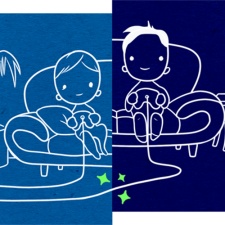 Announced in a blog update, the company revealed that four players - with the possibility of more - can join a lobby, allowing users to play local co-op and local multiplayer through the internet.

Not all players need the game that they are playing, only the host needs to own the title.

The new feature allows Steam users to not only play local multiplayer titles online, but you can stream video, audio, input and voice between players. Users can choose to use their own controllers or share control the keyboard and mouse and finally, the feature allows people to play together across PC, Linux and Mac.

Steam is encouraging users of the feature to give feedback via a discussion forum. Across various hardware, Valve aims to improve both network stability and compatibility.

Remote Play Together isn’t the only feature to be released on Steam in 2019. More than 10,000 games have been added to user wishlists since launching the Interactive Recommender in July. Valve has also launched an open beta for the Steam library.

On top of this, the company allowed users to utilise experimental features in Steam labs. We spoke to Steam designer Alden Kroll to discuss how Valve is staying up to date with the games industry.

Valve releases experimental feature Play Next on the Steam library