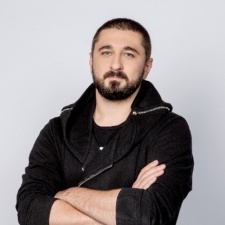 That's according to publisher My.Games, who revealed the milestone one year after the free-to-play title launched on PlayStation 4 and Xbox One. Those platforms have apparently brought in over 13m new users.

In August 2019, My.Games was touting the playerbase as being over 73m. One month after the Xbox One edition hit shelves - and two months on from the PS4 version's launch - Warface on console had brought in five million new players, a figure that rose to 6.5m by the end of the 2018 calendar year. That means that around 7.5m new console users have signed up for Warface in the first nine months of 2019.

Incidentally, Mail.Ru's financial report for 2018 says that monthly spend in December of that year clocked in at a cool ₽700m ($10.7m).

This is rather impressive growth. Back in July 2016, Warface boasted 30m users, a figure that increased to 40m in January 2017. The shooter attracted eight million new players by August of that year, almost doubling in the last two years.

Speaking to GamesBeat, My.Games Warface chief Ivan Pabiarzhyn (pictured) says that the console versions have brought in mostly new players in addition to a lot of American users.

"The players coming to console were almost all new to us," he said.

"They’d never played Warface on PC before. That’s been a big benefit to the franchise by itself. Talking about the total players, our player base for the franchise as a whole is around 80 million people overall, all over the globe. Console has become a way to acquire a new audience for our products. It speaks well for the community overall."

Warface was initially being made by Crytek's Kiev studio. In February 2019, the team went indie and rebranded as Blackwood Games.