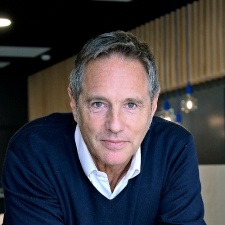 Russia's My.Games has snapped up Philippe Sauze to lead its European business.

Sauze will be head of My.Games Europe and will be based in Amsterdam, the Netherlands. He was previously VP and head of Activision Blizzard France between January 2020 and October of this year, following close-to four years as MD and VP of Blizzard's European arm.

Between 1995 and 2010, he was in management at Electronic Arts, starting as commercial director of its French business, rising to director general before being promoted to VP and GM of EA's Southern Europe division.

"I am very happy to join My.Games as the Head of Europe and feel hugely motivated by the new challenge," Sauze said.

"The company has brought me on board with the key strategic objective of developing the European division and strengthening My.Games' global position. The office in Amsterdam already covers the spectrum of game production -- including publishing, localisation and operating games in the region -- and it will be a great honour to build, innovate and expand upon this foundation.

"The fact that My.Games is a people-centred operation with mechanisms in place for collaboration and knowledge sharing means that we are well placed to grow, and it is a great fit for me and my professional experience."

Report: 33% of UK gamers say community has been more positive during lockdown