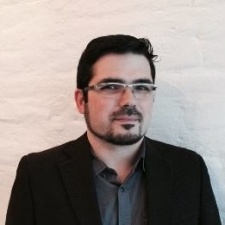 Chinese tech and entertainment giant Tencent has made another significant games investment.

This time around the firm has snapped up a 29 per cent stake in Norwegian studio Funcom, which was previously owned by local firm KGJ Capital AS. It becomes the company's biggest shareholder in the process.

The developer is best known for its work on its recent work on the Conan IP, but it has also bought the rights to make and publisher projects based on the Dune universe.

“We are very pleased to see Tencent come in as the largest shareholder of Funcom,” Funcom CEO Rui Casais (pictured) said.

“Tencent has a reputation for being a responsible long-term investor, and for its renowned operational capabilities in online games.The insight, experience, and knowledge that Tencent will bring is of great value to us and we look forward to working closely with them as we continue to develop great games and build a successful future for Funcom.”

This is the first investment or acquisition that Tencent has made in games for a while, given the company's regular cadence. The last deal it struck was to buy Swedish developer Sharkmob in May of this year. We caught up with CEO Fredrik Rundqvist at the time to see what this meant for the Malmo-based firm.