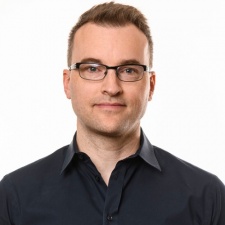 No figure was put on the deal, which sees Inflexion Games - formerly Improbable Edmonton - become part of the Chinese tech and entertainment giant. This is part of Improbable's move into doubling down on the metaverse.

Back in September 2018, Improbable set up this studio with BioWare vet Aaryn Flynn (pictured) at the helm. We caught up with the man himself at GDC 2019 to see what kind of experience he was going to be creating with Improbable's SpatialOS tech.

“It’s a privilege to work with the Tencent family,” Flynn said.

“The depth of knowledge and expertise that Tencent’s global teams provide, and their empowerment of our team’s independence and creative spirit, offer an invaluable opportunity for collaboration. We look forward to working together on Nightingale’s Early Access launch later this year.”

Tencent Games' VP of partnerships Pete Smith added: “The highly talented team at Inflexion Games has a proven track record of developing engaging universes that combine compelling action with great gameplay. The initial reaction to Nightingale has been incredibly positive and we look forward to supporting Inflexion in realising its vision for this and future titles."

Improbable and Tencent have previously partnered on the company's launch in China.