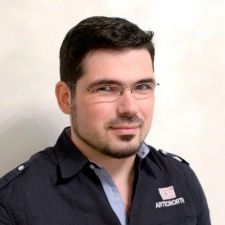 Norwegian games firm Funcom has been owned by Tencent since March 2019.

In January, the Chinese tech and entertainment giant put in an offer to snap up the games studio, following it buying 29 per cent of Funcom back in October 2019. In March of this year, the offer was accepted, valuing the company at a cool $201m.

When the offer was first made, CEO Rui Casais (pictured) said that it had a good partnership with Tencent and was excited about what could come next.

“We have had a great relationship with Tencent as our largest shareholder so far and we are excited about this opportunity,” he said on the company's investor relations page.

“We will continue to develop great games that people all over the world will play, and we believe that the support of Tencent will take Funcom to the next level. Tencent will provide Funcom with operational leverage and insights from its vast knowledge as the leading company in the game space.”