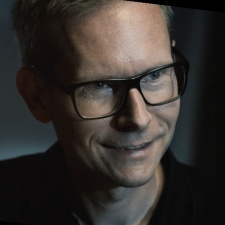 In 2017, a group of development vets from Ubisoft's Massive studio and Hitman maker IO Interactive decided to found their own developer. Sharkmob was established in Sweden's Malmo and until now has more or less remained under the radar.

That all changed last week when Chinese tech and entertainment giant Tencent announced that it had snapped up the developer for an undisclosed fee, bringing the studio into its already impressive portfolio of talent. The firm joins the likes of Riot Games and Supercell in the Chinese firm's line-up.

How would you say life has been for Sharkmob since being set up?

It’s been an adventure. We really did not want to compromise on our values, so that´s a lot of work to get things right from the start.

How have you found the shift from working at triple-A studios to going indie? What challenges have you encountered or lessons learnt?

Being able to open your own studio and have a bigger influence on your destiny is a dream, but it is also very challenging to start from scratch. Many things you take for granted in a bigger organisation is just no there, so you have to be smarter and more innovative than ever. Fail early and work with the engine instead of against it, is a good starting point.

How did the deal with Tencent come about?

We have been speaking to Tencent since the beginning, and at some point, it started to get serious. We have a shared view of what the future of games is, and even though we are a small company we felt very much aligned professionally, with great chemistry on a personal level. The resources and the knowledge they bring is just incredible.

What does the Tencent acquisition mean for you as a company, sentiment-wise?

I think it means different things to different people in the company. For me, Tencent is the leader in the industry, and I am proud that the company wanted us to be part of its family.

And what will the deal allow you to do that you couldn't do before?

We can be more ambitious with more long term planning. Making better games that can reach more people. We are talking about a very advanced tech company, and there are only a handful of companies in the world that sustain that kind of online presence. I have also noted that the tech companies are now dominating the games market and that their market share is increasing. As we enter an era where games become super-mass market it is important to be inside the right ecosystem.

Why do you think that Tencent decided to buy Sharkmob?

They are always looking for great teams who can create and deliver high-quality projects. When we met them we clicked on a personal level and quickly understood we shared a view on where gaming is going. It just felt like a natural fit for both parties I think. I know Steven Ma and his team likes what we did in the past.

What's the ambition for Sharkmob?

I think there are two answers to this question. On the one hand, we set out to create a studio where every individual has a strong sense of ownership and really enjoys the work they do – every day they do it. On the project side, online and multiplayer has always been our focus. Ultimately it is all about our love for making games and reaching as many gamers as possible.