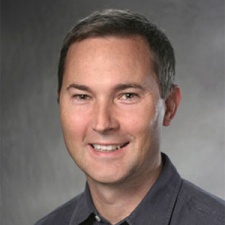 As reported by GamesBeat, this is LVP's third fund and will be used to give seed cash to startups in both Europe and North America. There's no indication where the VC firm has managed to raise this cash from.

To date, LVP values its games investments at a cool $18bn. These have included tech firms like Unity and NaturalMotion, but also games developers such as Clash of Clans giant Supercell.

More recently, the VC firm has backed Series A funding rounds for Bossa Studios and LA-based Singularity 6, as well as a Series B for Seed maker Klang. In April 2019, it invested for a second time in streaming platform Polystream.

“We are incredibly proud that an LVP investment has come to signify a stamp of approval for games startups,” LVP GM David Gardner (pictured) said.

“Our Fund III will allow us to continue to bring our deep backgrounds as game entrepreneurs and executives with large scale product and operational expertise to identify and help founders and teams with great potential.”

He added: ”While we have incredibly high standards and invest in only 1.5 per cent of companies we evaluate, we are set apart from most VCs who wait for metrics to guide their investments because our own games careers have given us the ability to recognise patterns, trends and disruptive ideas very early on.”

We caught up with LVP associate Jon Bellamy last year to get his top investment tips.