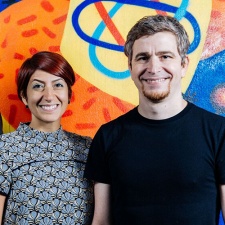 Worlds Adrift and Surgeon Simulator maker Bossa Studios has managed to raise a tidy $10m in Series A funding.

This money will be used to help the firm attract top talent from around the world, while also letting the studio focus on its development of both AI and user-generated content.

Furthermore, it will support the London-based game maker while it prepares for the release of its hugely ambitious MMO, Worlds Adrift, which is set to be the first commercial launch of a product using Improbable’s SpatialOS.

The round was led by Atomico, with other funding coming from London Venture Partners. In addition to funding, there are some new faces on Bossa’s board, with Atomico partner and co-founder Mattias Ljungman and executive-in-residence Alexis Bonte joining.

“Since first being introduced at Slush thanks to the Games London team, we've brought together the dream pair of partners who share our vision for the future: Atomico, Europe's largest venture fund with operational excellence at their core and LVP, our original investors and advisors,” Bossa co-founder and CEO Henrique Olifiers (pictured above right) said.

“Together we're able to accelerate Bossa's strategy of creating a new breed of multiplayer games based on crowdsourced content, AI-directed procedural generation, and an open development ethos bringing the community into the fabric of everything we do. There has never been a more exciting time to create games thanks to emerging technologies and platforms, and Bossa intends to be at the very heart of the action, creating popular titles that will capture players’ imaginations for years to come”.

Ljungman added: “At Atomico we take investing in fun seriously. Our recent report on the evolution of the games industry shows that it is now worth over $100bn in annual revenue. While mobile gaming has enjoyed a meteoric rise, we’re now also seeing a renaissance in groundbreaking PC gaming, and in particular in independent PC games studios. Worlds Adrift is setting new standards of ambition and creativity, and we’re thrilled to announce we’re leading a $10m Series A investment in the incredible team at Bossa. We’re excited to partner with Bossa’s founders Henrique Olifiers and Imre Jele as they take gamers to new universes. Henrique and Imre have enormous experience in the sector, having previously been integral to the success of Runescape, one of the most popular MMO games in history.”

He continued: “Previous successes I am Bread and Surgeon Simulator demonstrate the studio’s preparedness to take calculated risks based on their intuitive understanding of what gamers want, before gamers themselves know they want it. We have every confidence in their strategy."

PCGamesInsider.biz spoke to Bossa about Worlds Adrift, its most ambitious game yet, not that long ago.