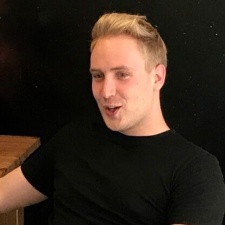 The video games industry may be a creative one, but it’s a vehicle fuelled through funding. Every creative venture requires some backing, be it an individual game project or a company looking to upscale.

The murky waters of investment are, however, uncharted territory for many developers. We're looking to bring creators and investors together at Pocket Gamer Connects London (January 21st to 22nd) through our side-event Investor Connector.

With said event a mere month away, we reached out to London Venture Partners associate Jon Bellamy to garner some insight into what investors look for in games studios and how developers can maximise their chances in a competitive market.

PocketGamer.Biz: Can you tell us a bit about LVP and what your role entails?

Jon Bellamy: LVP is a venture capital seed fund with a difference - we're operating experts in the games sector and we only ever invest in the games ecosystem.

That means we bring real experience and deep understanding. We speak the same language, share the same references, understand the same challenges - and we believe in the same vision.

We've done our two-guys-in-a-garage start-up. We've helped companies transition from back-of-an-envelope vision to multi-billion-dollar powerhouse. It isn't a mystery to us and our passion is to help you strategically and operationally.

We've been privileged to be among the earliest investors in Supercell, Unity, Playfish, NaturalMotion and a host of other amazing games companies that have created over $13 billion in value.

We’ve seen the big players in games and beyond beginning to put their money where their mouths are on the content streaming front.

My role at LVP primarily involves meeting the most extraordinary, ambitious founding teams in the games industry. That said, we’re a lean team and we are each exposed to all aspects of running the LVP funds.

As such, I spend a chunk of my time helping our portfolio companies, particularly regarding metric/data analysis, user acquisition and deal structuring (M&A, fundraising, etcetera).

From an investor standpoint, what are your thoughts on the industry in the last 12 months?

It’s been an interesting year! The competitive landscape in PC distribution is really starting to heat up, with established players from other industry verticals and ambitious start-ups alike focusing their sights on Steam.

We’ve also seen the big players in games and beyond beginning to put their money where their mouths are on the content streaming front, as we start to see a consensus forming around the streaming-first future.

On the game-streaming front, as the barriers to entry for would-be gamers diminish, we’ll see a game design shift in ‘time to fun’ – the point in a game’s early experience designed to lock in players. Look for mobile game design cues in games that would have otherwise been designed for dedicated hardware.

Additionally, in the way the mobile game industry has benefitted from the 'RPG-ification' of genres to bolster player lifetime values, we’re now seeing early signs of games designers looking to hyper-casual and idle titles for the next wave of genre augmentation.

What are investors looking for in games developers and/ or games right now?

For me, it’s increasingly important that the team has strong commercial acumen, and critically, excellent understanding of metric requirements, drivers and impact.

What really distinguishes the established, leading developers/publishers on mobile, is their collective ability to, at scale, meaningfully manage and optimise KPIs on both sides of the cost per install (CPI): lifetime value (LTV) ratio.

Do you see that criteria changing over the next year?

I see this required level of sophistication becoming increasingly accepted in the established markets of today.

Frequently I meet with great teams working on interesting projects, but who are aiming too low.

Emerging markets such as messenger games and voice games may not demand such quantitative rigour in the very short-term, but as competition heats up within said verticals, I expect to see competitiveness driven in large part by these skills.

What tips would you give to any developer to help them improve their pitching skills?

As best as you can, demonstrate simply and concisely why your team is the most uniquely qualified team in the market to build what you’re building.

The barriers to entry for game development are lower than ever before, and the market incumbents more established than ever before. A clear path to scale and an exceptional team that is well-positioned to deliver on this plan make for a compelling pitch.

Are there any mistakes you see different developers making frequently?

Frequently I meet with great teams working on interesting projects, but who are aiming too low. At LVP, we love to back extraordinary people working on moon-shot ideas.

In addition, as we (and other seed investors) invest in companies, not projects, we primarily look at the quality, experience, and focus of the founding team; the core value creators in a company at the seed stage.

While we certainly look closely at the project(s) you’re working on, pitching only this part of the company may make more sense to a publisher than an equity investor.

Come to Pocket Gamer Connects London 2019 on January 21st and 22nd and be part of our inaugural Investor Connector event. This for games developers actively looking for funding to connect on a one-to-one basis with investors during a dedicated three-hour event.

Sign up here to be part of Investor Connector and help secure your next round of funding.