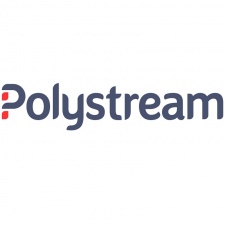 Cloud tech start-up Polystream has raised $12 million in Series A funding to push expansion and development.

The funding round was led by Intel Capital, alongside Lauder Partners and Wargaming Group and prior investor London Venture Partners. The funding will go towards recruiting and hiring, as well as pushing both marketing and development efforts.

Wargaming’s involvement is of particular note. Despite early days, the World of Tanks / Warplanes / Warships maker has shown interest in Polystream’s technology, which promises to develop new ways of streaming 3D applications.

"Audiences around the world are increasingly hungry for the richest and most graphically complex content to be streamed instantly," said Polystream CEO Bruce Grove.

"The current approach of deploying GPUs in the cloud to deliver compressed video, whether for playing games or any other high-fidelity application, is eye-wateringly expensive and just does not scale.

“It's why cloud gaming remains the hardest of streaming problems to solve; anyone can stream games, but the business of streaming is broken."

Intel Capital VP and senior managing director Dave Flanagan added: “We believe new approaches are required to stream graphics at scale in the cloud and at the network edge.

"Bruce and [CTO Adam Billyard] have had a huge impact on the business of video games over the past two decades, and they're now set to transform cloud gaming and many other interactive industries."

If and when Polystream does arrive on the cloud gaming scene, it'll have some stiff opposition to face. Services like Hadean have already secured the attention of big players like Microsoft and CCP, while Improbable found itself at the centre of a war between Unity and Unreal earlier this year.

Cloud gaming will be a key topic of conversation at PC Connects Seattle 2019 on May 13th to 14th.