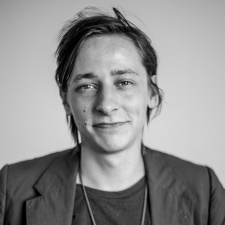 Berlin-based games developer Klang has secured a cool $22.3m for its ambitious MMO Seed in a Series B run.

The funding round was led by Novator Partners, with Lego Ventures chipping in some cash alongside Northzone, Neoteny, Firstminute Capital, Makers Fund and New Life Ventures. This follows the company securing $5m in a second equity funding round in March 2018 and $8.95m from a Series A fund in July 2018 for work on Seed.

In July 2015, the company also secured an undisclosed sum from London Venture Partners, too.

"We are thrilled Novator and Lego Ventures are making this big bet on us and for getting Ragnarsson on as our Chairman - he truly understands the value of single-shard MMOs and brings his amazing experience from CCP to Klang," Klang CEO Mundi Vondi said.

"Partnering with LEGO Ventures, the global phenomenon of emergent gameplay, is fantastic and aligns perfectly with our vision. Finally, we are humbled that our great current investors Neoteny, firstminute Capital, Northzone, and Makers Fund are joining the round as well and couldn't be more excited to have the fuel to deliver SEED without compromising on its very big vision."

We caught up with Vondi to discuss ambitious MMO Seed earlier this year. The project uses Improbable's SpatialOS, over which there is something of a cloud at the moment as three titles using the tech have bitten the dust in three consecutive months.

London-based Bossa Studios announced that it was axing Worlds Adrift in May before Cambridge's Automaton went into administration killing its battle royale title Mavericks: Proving Rounds in the process. That was before Spilt Milk revealed it was cancelling its MMO Lazarus earlier this week.

Improbable has insisted that there's no pattern here and that there is risk inherent to games development, especially with projects using emerging tech like SpatialOS.