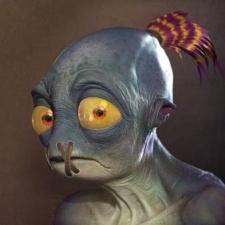 Oddworld: Soulstorm is set to be exclusive to the Epic Games Store on PC.

The games creator Lorne Lanning revealed the news on Twitter. He cites the financial assistance offered by Epic Games as the reason for the exclusivity deal.

“What I would like to do is provide you with the reasoning that went into bringing the PC version of Soulstorm to the Epic Games Store as an exclusive because you deserve to know,” said Lanning in a statement.

“We’ve been financing Soulstorm 100 per cent ourselves. Soulstorm is our most ambitious game ever and we are committed to creating a great game that meets the highest level of quality. But to create the version of Soulstorm we want, and you deserve, we needed additional financial assistance.”

Oddworld Inhabitants’ title is set for release in 2020. Coming to PlayStation 4, Xbox One and PC.

“Ambition is important, and it pushes me to try to overachieve. What pushes me even more is my commitment to you: you deserve great games. As an indie publisher we must evaluate partnerships that will help us achieve our goals while protecting our vision for Soulstorm and the quintology,” said Lanning.

“Epic supports our goal and commitment and is willing and is willing to help us achieve them by providing us with an advance on our PC sales, and we’re incredibly grateful.”

Developers have faced backlash for giving exclusivity to the Fortnite maker, though the firm has defended companies choosing its storefront.

Earlier this year Deep Silver and 4A’s Metro: Exodus became exclusive, despite being available for pre-order on Steam.

For the first six months after release Borderlands 3 can only be purchased through Epic’s store, though as of April 2020 the game will be available on additional storefronts.

Other titles receiving the exclusive treatment includes Ooblets by Glumberland and Obsidian’s The Outer Worlds.

A message from Lorne: pic.twitter.com/uAvS53i156