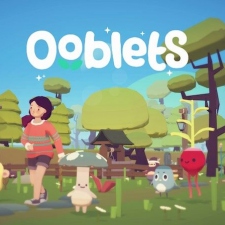 Ooblets developer Glumberland is the latest studio to sign an exclusivity deal with the Epic Games Store ahead of the release of its upcoming PC title.

In exchange for exclusivity to its store, Epic is offering to provide a minimum guarantee on sales upfront that’s in line with the studio’s own forecasts of selling the game across all stores.

The studio said such a deal gives it the chance to get more resources, further aiding the development of Ooblets.

The title will still launch on Xbox One, with exclusivity applying only to PC.

“Because Epic doesn’t yet have the same market share as its competitors, they offered us a minimum guarantee on sales that would match what we’d be wanting to earn if we were just selling Ooblets across all the stores,” read a new update from Ooblets website.

“That takes a huge burden of uncertainty off of us because now we know that no matter what, the game won’t fail.”

Epic has signed a number of exclusivity deals since launching its new store in an effort to attract consumers from rivals such as Steam. Other deals it has signed include the upcoming Borderlands 3, exclusive for its first six months and Deep Silver’s Metro Exodus, which was pulled from the Steam store shortly before release.