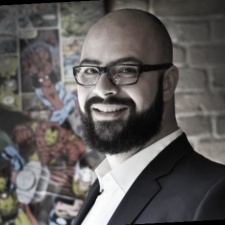 Being brutally honest, both with your team and audience, is vital in games development.

That's according to Black Sail Games CEO and founder Dan Olthen, who shared his tips to stop, er, shit hitting the fan in development with the audience at Devcom 2019. One of these bits advice was that communication, both inside a studio and with the players, is hugely important.

Olthen said that brutal honesty is vital to making strong games, giving the example of CD Projekt RED's open letter to its audience. The Polish developer made a post saying that it appreciated the attention and excitement from the community and that it wanted to deliver on the hype, so it was going to delay The Witcher 3: Wild Hunt in order to meet those expectations.

"The community was happy because players do not want the next Day One mega patch or DLC to make the game complete," he said.

"They want brutal honesty. CD Projekt RED did this fantastically and this is a lesson we should all learn."

It's vital to be honest with your own workforce, too.

"Be honest with your team because they are clever people," Olthen explained. "They will call you out if you start lying to them just to keep them happy and working. Never, ever, ever do that."

It's also important that developers know what they are working on. When Olthen first moved into production, he sat down with the people making the game to see, well, what game they thought they were making.

"Pretty quickly I realised we had 50 people making different games; that's a problem," he said.

"That's a lot of people and they are doing different games which is the essential problem in many projects. I took the same amount of time to get everyone on the same page and suddenly things started to be good."

Olthen also said that perfection is an illusion, with creators needing to know when to stop adding to an already great project.

"When I say this, it's from the perspective of someone who likes to make games and build good stuff. Perfection is an illusion and you have to tell yourself that it's fine now," he said.

"It's good. You know your game; others - that is players and people outside - know the game. You can have the coolest features, they're awesome, they're fantastic, but no-one cares about them because they are just another cherry on top of the cherry that sits on top of the strawberry cherry on the cake. It's not necessary. It's already great. Build something fantastic. As long as no-one knows about it, just let go of this otherwise it'll drive you crazy."