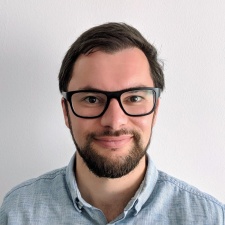 The developer of long-running MMO Tibia Cipsoft has said that it doesn't ban users who are caught using bots in the game.

Speaking at Devcom 2019, assistant manager Martin Eglseder said that a few years ago, it discovered that around 25 per cent of its users were using bots in the game to accomplish menial tasks for them in the game. Cipsoft decided to implement anti-cheat software to prevent this - ultimately deciding between Easy Anti Cheat and BattlEye with the latter winning out - but realised that if it bans cheaters from the game, it will be losing a quarter of its userbase and revenue.

"If the anti-cheat is so aggressive that a player ends up leaving, we end up in a scenario where we lose up to 25 per cent of the userbase and - in the worst-case scenario - 25 per cent of revenue," Eglseder said.

"So we decided that if a player is botting, we simply kick them from the session. If they try it again, we kick them again. That meant that players were blocked from botting, but not punished for trying."

The company also decided to introduce a paid service that delivers consumables - that simplifies processes like having to buy a potion - but said that this wasn't bringing in a huge amount of revenue normally. It was, however, noticing individual months which saw a massive amount of consumer spending, with Cipsoft realising that this was in months when new servers were being introduced. Users were splashing out for the service to speed up their progress in these fresh worlds, spending an average of E81,000 compared to the regular average monthly spend of E26,000. To date, this service has brought in E1m.

Cipsoft also introduced an experience boost system, asking the community whether it was okay with it bringing a new 'pay-to-win' model to Tibia. The result was the studio making it so that the cost of these boosts increased as users bought more of them in a 24 hour period upon which it is reset. The community was fine with a 'pay-to-win' system, so long as it turned into a 'pay-a-lot-to-win' system.