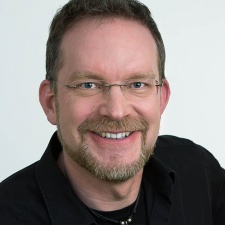 After years of steady decline, the last developer-focused GDC Europe conference - held before Cologne trade fair Gamescom - took place in 2016. A new event called Devcom debuted in the same slot for 2017, offering a slightly quieter experience than the main Gamescom show, as well as insightful talks from some big names in the industry.

Ahead of Devcom's third year, we caught up with the event's managing director Stephan Reichart to find out how the conference has performed so far, what's new for 2019 and, well, what the purpose of the event is

How would you say Devcom has gone over its first two years?

While Devcom has already been a successful and meaningful event for developers worldwide, we are proud to announce that its unique offers have been extended even further this year. Of course, we cannot announce the final numbers yet, but we are very happy with the great feedback on our program, the new event concept and the registration numbers so far.

The program is much more elaborate and different to how it was the years before. An experienced team is offering a new concept, new parties and new hosts. This means more-than 80 sessions plus keynotes and over 130 speakers, along with an array of networking events.

This year will also be the first time the DevcomHEROES 2019 will take place. As Europe’s first ‘People of the Year’ awards show, it will honour and reward the people behind the screens in a ceremony. A networking dinner is taking place on Saturday evening, press conferences for smaller developer teams and two big parties are some of the other new side events we do this year for the first time.

A lot of people have struggled to see why Devcom exists. Though it replaced GDC Europe, is rather similar to that event - one that  What is your message to these people?

Devcom wants to offer talks, that can provide real value and knowledge to game developers. Therefore we did the program in a totally new way by setting up a “Core Advisory Board” with eight very experienced studio and team leads from all over Europe to help us to do a program tailor-made for game developers.

We also added a lot of side events to do more than just a conference and by inviting a lot of our European partners to join us at Devcom and to collaborate with us in many ways, we turned Devcom into a real European event, focused on the needs of our industry.

What is your ambition for Devcom 2019?

Devcom is now fully integrated into the Gamescom concept. Our goal is to exceed the 2,500 visitors from 2018, especially by drawing more visitors from our neighbouring countries. The conference has steadily grown since 2017. This year we are expecting once again even more international attendees and more from our European neighbour countries.

How would you assess the state of the German games market right now?

As it has been last year, and similarly to international results, the German games industry is constantly on the rise: last year a nine per cent growth could be observed. Microtransaction-models and in-game purchases have also increased, while there has been a decrease in the traditional purchase of games. With this diverging development of the submarkets, another factor to be considered is the relatively small portion of German games in the market as well as the gain in console players in a country, which was primarily considered a PC-heavy territory.

What do you think the biggest trend facing the games industry right now is?

If we talk about trends and not challenges, still one of the biggest trends in the gaming industry is without a doubt the big rise of indie studios. In the vein of this, Devcom is offering a great chance for young and upcoming developers, by giving them a prominent space in this year's Indie Area. As co-development is on the rise, Devcom once again functions as a platform, on which industry legends and newcomers can see eye to eye. In addition to this, the trends of building healthy communities, with a heavy focus on inclusion and diversity, Devcom also celebrates its third year with the return of the Women in Games Breakfast.

Steel Media is a media partner of Devcom 2019. The event takes place on August 18th and 19th. PCGamesInsider.biz readers can get 15 per cent off tickets - click here to find out more