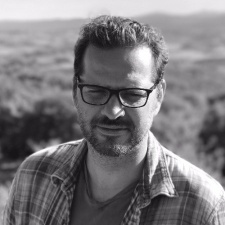 Swedish developer Ubisoft Massive travelled to Chernobyl in Ukraine to capture audio for The Division 2.

That's according to the studio's senior producer Cristian Pana, who said in a talk at Devcom 2019 that the game maker wanted to capture the ambient "sound of silence" for its online shooter, set in an abandoned Washington, DC.

Chernobyl, of course, was the location of a catastrophic nuclear power plant meltdown near the city of Pripyat in North Ukraine. The Chernobyl Exclusion Zone area of 30km wide around the plant - with a total area of around 2,600 square km - has been abandoned since the incident in 1986.

In addition, Ubisoft Massive worked with UK-based movie studio Pinewood - whose tech and staff have been used for film franchises including Star Wars, Mission Impossible and James Bond - to do recordings for both voices and authentic gun sounds in The Division 2.

"We went to Washington, DC to record the city during the day, during the night, but it's very hard to capture - for our game, which is in a post-pandemic world - for the sound of silence," Pana said.

"For that, we actually went to Chernobyl to capture how the sound would be like."