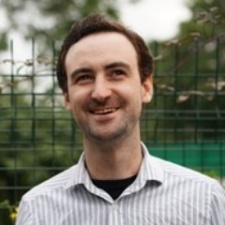 Publisher No More Robots has reached another impressive milestone with $3 million in lifetime revenue.

The British company behind the recently released Nowhere Prophet has been in the industry for just over two years. Its lack of time in this sector makes the company sales more impressive.

Other titles released by No More Robots include Descenders, Not Tonight, and Hypnospace Outlaw.

In a tweet by company director/ co-founder Mike Rose, it was revealed that 66 per cent of these sales were driven by the publishers four Steam titles, 30 per cent is from the singular Xbox title while the final 4 per cent comes from services such as Humble.

Rose also made it clear what the next 12 months will entail for No More Robots, with more games for Steam and Xbox, and titles for PlayStation 4 and Nintendo Switch in the works.

“No More Robots hit $3m in lifetime revenue today, one week after the Nowhere Prophet launch, and two years into our existence,” said Rose via Twitter.

No More Robots hit $3m in lifetime revenue today, one week after the Nowhere Prophet launch, and 2 years into our existence