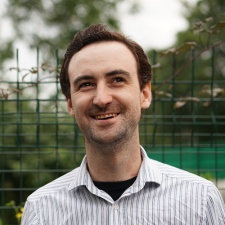 Developer Brave At Night's medieval management title Yes, Your Grace made more than $600,000 in revenue in its first weekend.

That's according to the founder of publisher No More Robots Mike Rose (pictured), who said on Twitter (below) that the game is set to sell in the region of 250,000 units on just Steam on its first 12 months on the market.

Rose said that there are a few reasons for why the game has performed so strongly. The first was Wishlists, with the publisher saying that Yes, Your Grace appeared on 80,000 Wishlists ahead of launch. The game's key art is another factor, which apparently has made Rose think about how he does future releases on Steam.

A public beta for Yes, Your Grace that was held in November 2019 brought in 30,000 Wishlists. As with No More Robots' debut title Descenders, translation and localisation played a huge role, too. US players only accounted for 27 per cent of the game's user base during its launch weekend. China was behind 14 per cent while German and Russia users made up 11 and 8 per cent of players.

We launched Yes, Your Grace on Friday... time for some numbers!!

In the opening weekend, the game has made $600K in revenue. We're on course to sell roughly 250,000 units on Steam in the first yearhttps://t.co/9EntXQUjFC pic.twitter.com/IGbiMTi7AE