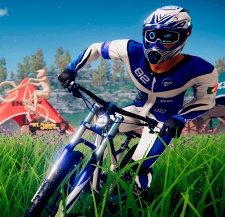 The Manchester-based game publishing label No More Robots just finished its fourth year in business with $12 million in revenue, up 240% year-over-year.

Best known for games such as Descenders; Yes, Your Grace; and Hypnospace Outlaw, No More Robots sold more than 800,000 units across PC and console platforms in the same year despite not launching any new games. Sales came from additional platform launches for existing games such as Descenders released on PlayStation 4 and Nintendo Switch.

More than 4 million people played No More Robots games in the last 12 months, thanks to a combination of strong sales, Xbox Game Pass downloads and Humble Choice subscriptions.

The firm is bullish about its next year, with the upcoming launches of Let's Build a Zoo; Not Tonight 2; Fashion Police Squad; Heist Simulator; TombStar and several unannounced titles.