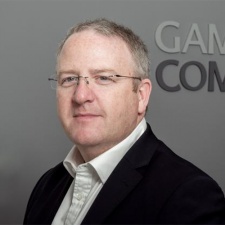 The gambling bodies from 15 European countries - as well as Washington State - have announced a partnership to look into the blurred line between video games and gambling and the risks therein.

As spotted by Eurogamer, the 2018 Gambling Regulators European Forum is behind the team-up. So far, Austria, Czech Republic, France, Gibraltar, Ireland, Isle of Man, Isle of Jersey, Latvia, Malta, The Netherlands, Norway, Poland, Portugal, Spain and UK have signed up, as has Washington State.

One notable absentee is Belgium, but with the firm declaring loot boxes illegal - and instigating a criminal investigation into EA for this business model appearing in FIFA 19 - we suspect that country's gambling body has its hands full.

The notion behind this union is that there are some common ideals held between different gambling commissions, so they can collaborate to on investigating the video games sector.

"We have joined forces to call on video games companies to address the clear public concern around the risks gambling and some video games can pose to children," UK Gambling Commission CEO Neil McArthur (pictured) said.

"We encourage video games companies to work with their gambling regulators and take action now to address those concerns to make sure that consumers, and particularly children, are protected.

"We want parents to be aware of the risks and to talk to their children about how to stay safe online. For example, unlicensed websites offering skins betting can pop up at any time and children could be gambling with money intended for computer game products.”

The announcement not only cites the loot box controversy from the end of 2017, but also the skin gambling debacle from 2016, too.