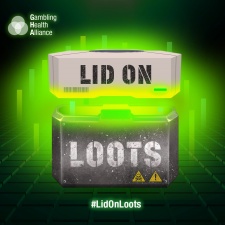 A new report released by the Gambling Health Alliance has revealed some worrying statistics about young people and loot boxes. The research, based on surveys and interviews with young gamers, shows that a large percentage of them think that loot boxes are a form of gambling.

"While this is a small survey of gamers, our research suggests that the drive to play games containing loot boxes is encouraging many to beg, borrow and steal – loot boxes really are the gift that keeps on taking. Aside from the financial cost our latest survey with gamers suggests that the fixation with loot boxes can lead to classic symptoms of addiction including mood swings, problems sleeping, and impacting on their social life," said Duncan Stephenson, Chair of the GHA and Deputy Chief Executive of RSPH.

15% of the young people surveyed had taken money without asking to pay for loot boxes, and 9% had borrowed money that they knew they wouldn't be able to repay.

The research is part of the GHA's #LidonLoots campaign, that's aiming to have loot boxes classified as gambling and ensure that children under the age of 18 are prohibited from buying games that include them.

For more details on the report and to read it in full, head over to the GHA's website by clicking here.