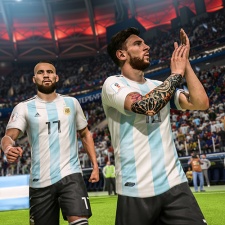 Reports from local media point to publishing giant EA being the subject of a criminal investigation in Belgium over loot boxes appearing in FIFA 2019.

That's according to MetroTime which - via Google Translate, apologies for any errors - says that Brussels' public prosecutor's office is looking into the company due to this monetisation option still appearing in both FIFA 18 and 19.

Loot boxes were declared illegal in the region earlier this year after the Belgian Gaming Commission investigated the business model in the wake of 2017's controversy caused by Star Wars: Battlefront II.

Fines are in place for companies who don't comply with local law. Reps face a €800,000 fine or five years in prison. Those penalties are doubled when children are affected, too.

The ban doesn't just apply to EA. 2K, Blizzard and Valve have all had to deal with the new restrictions. Blizzard has halted sale of loot boxes in Overwatch and Heroes of the Storm, while Valve has removed loot boxes from its games in both Belgium and the Netherlands.

2K has issued a statement on the matter, saying that it disagrees with Belgium's assessment of the situation. The firm has also told consumers who agree with this position to get in touch with their local government representatives.

PCGamesInsider.biz reached out for comment to 2K about why it was using its customer base to lobby for change in legislation, as well as asking whether it respects the laws of the countries it operates in or feels it is above them.

Despite adding fuel to the fire with its aggressive implementation of loot boxes in video games, EA says it is forging ahead with the business model.

We have reached out to EA for comment on the matter.