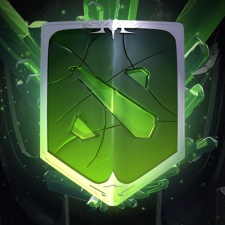 The prize pool for this year’s Dota 2 annual major The International has topped out at almost $25 million.

The final prize pool comes to $24.8 million, a step up from the previous record holder - last year’s The International $23.6 million kitty.

Prize pools for the International work rather differently to other esports tournaments. For years now, Valve has offered an initial pot (in this case, $1.6 million) and supplemented that with income from limited-time transactions within Dota 2.

Fans can purchase Battle Passes for a fixed fee of $9.99 (or start at a higher level for $36.99), before levelling them up through either gameplay or further payments. Levelled up passes offer exclusive rewards, while 25 per cent of all revenue goes directly into The International’s overall pot.

This year’s International Battle Pass came with a host of new game modes for supporters, including Dota 2’s take on battle royale. High-level supporters will also be offered a small Roshan statue as a reward, though Valve promises that the sculpt quality this year should be a marked improvement over last year’s disappointment.