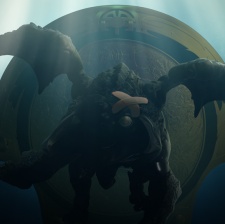 Owners of a Battle Pass in this year’s summer season have been once again offered a baby Roshan statue for getting passes to level 2000. Roshan is an iconic staple of the venerable MOBA, and the statue is aimed to incentivise more playtime and more transactions from die-hard fans.

Recipients of the statue from last year’s pass have taken to Reddit to complain of poor production quality, however, warning users of attempting to earn the prize. A comparison image shows the final statue to be far less defined and noticeably unpolished when compared to marketing art.

“It has come to our attention that the physical Baby Roshan reward for last year’s Battle Pass has had poor production quality yields,” Valve stated on the Dota 2 blog. “We apologise to our fans for that, it is well below the quality we expected. We are going to start from scratch on new production for the statue, and prioritise delivering it as soon as possible to every customer that reached level 2000 last year.”

Battle Passes level up through a variety of challenges through play, but also through players purchasing levels through microtransactions. A not-insignificant investment of time or money is needed to level a Pass up to 2000, and fans are rightfully upset that their expectations weren’t met.

This year’s Battle Pass once again hopes to be the biggest yet, implementing a number of new game modes including Dota’s take on battle royale. It appears Valve isn’t keen on letting poor statues take away excitement in the run up to this year’s International.