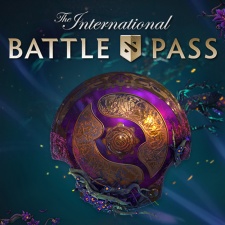 The cash prize behind this year's The International Dota 2 has risen to an all-time high.

At the time of writing, competitors stand to walk away with a slice of the $30,158,755 sitting in the prize pool - according to Dota 2 Prize Pool tracker - from the tournament, which is taking place between Tuesday, August 20th and Sunday, August 25th in China's Shanghai.

This figure is significantly more than the $25,532,177, with the 2019 prize pool coming in at 18 per cent higher than the year prior with just under a month to go for it to grow further.

At the start of July, The International's prize pool stood at $25m off the back of Dota 2 fans buying the Battle Level Bundle on Steam. The competition has a base pot of $1.6m, with the amount that teams can win growing thanks to users buying this content and topping up the prize pool.

This year's prize pot is also the largest for any pro-gaming tournament yet, coming in ahead of the Fornite World Cup's $30m cash pot.

Valve moved to esports as it wanted a challenge