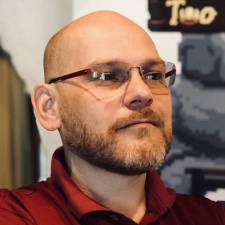 The deal was announced in a post on the former's website, which sees the Nordisk Film Games as the only investor in Raw Fury's Series A funding round.

This "new injection of bookoo bucks" will allow the publisher to produce more titles, sign with larger projects and "let us become Raw and Furious".

"We’ve landed ourselves one hell of a partner in Nordisk Film Games, a division within Nordisk Film which is a leading producer and distributor of films in the Nordic countries since 1906," Raw Fury chief Jonas Antonsson (pictured) said.

"Nordisk Film has their hands in a variety of game industry segments ranging from game development to esports and retail distribution. Nordisk Film Games have been helping out studios all over the Nordics, and not only do we now get some additional funds to Push It To The Limit (the limit the limiiiiiit!) but we’ve also gained two incredibly talented folks from NFG sitting on our board—Martin Walfisz, former founder of Massive Entertainment and current Senior Partner at NFG, and Mikkel Weider, serial entrepreneur and Managing Director at NFG."

Both Raw Fury and Nordisk have been rather active when it comes to investment recently.

The former secured $600,000 from a number of investors including Unity founder David Helgason and Candy Crush firm King.com founder Rikard Lindström. It was later revealed that Multiplay founder Craig Fletcher had also put $125,000 behind the firm as part of his new Wicked Sick investment firm.

Meanwhile, Nordisk Film purchased Just Cause, Mad Max and Rage 2 developer Avalanche Studios in May 2018. According to CEO Pim Holfve, this will give the Swedish developer more stability.