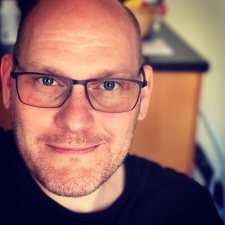 Swedish indie publisher Raw Fury recently announced that it had secured $600,000 in funding from investors including Unity founder David Helgason. What's more: the team itself, led by Oculus and Intel dev relations vet Callum Underwood, all took stakes in the company.

Before the Christmas break, we caught up with CEO Jonas Antonsson to find out a bit about the thinking behind this funding round and to pick his brains about the indie publishing market.

Why did Raw Fury seek this funding?
Well it boils down to this, we’ve been growing organically since inception in the beginning of 2015 but we wanted to move forward a bit faster. It’s very much tied to how things have developed in the last 18 months. More games, less discoverability. We are here to disrupt things a bit and this is the perfect time to do so. Properly.

What was your pitch to investors?
It doesn’t exist. We do things our own way and either people dig it or they don’t. Everyone who’s involved with Raw Fury is there for a reason. They feel a resonance with who we are, what we are doing, and what we stand for. This isn’t a company that pitches investors. This is a company that loves games, loves gamers, and ultimately exists for the happiness of both us and the developers we work with. The investors that want to come along for the ride get that and want to be a part of that. It’s in their blood and bones like it is in ours.

What are your plans for further funding, beyond what was in the announcement?
There’s so much happening. So many opportunities to disrupt and reinvent, for the good of games and for the people that make them and enjoy playing them. All the Furies [editor's note - that's members of the Raw Fury team, not the animated animal-focused internet sub culture] believe that games are something beyond mere recreation or distraction. They matter. They make people feel and experience. And we’d like to do even more. Move faster, invest further, build and challenge how things have been done for the last ten-to-15 years. We can do that either by relying on organic growth or through onboarding investors that share our beliefs, goals, and vision. If we find those investors were more than happy to shift gears and do more sooner.

What will this funding allow you to do?
That’s still a bit of a secret - but I think you’ll love it when you see it.

One of the arguments we have heard from indie publishers is that the amount of money required to launch an indie project has risen considerably, almost like an arms race. Is this a fair assessment?
No, I don’t think so. There’s a seed of truth to it because it has become harder to stand out. And money can be a part of solving that. But I think focusing only on money - that’s the wrong approach. An 'old school' approach even. I think ultimately it comes down to what a game makes you feel and how good the people are, that work on it, and then the ability to communicate that to players. And there are ways to communicate that, which rely on quality and consistency and finding ways to speak to players over various channels. But at the centre are games that make you feel something. Games that matter, in some way. The trick is to make sure that the message of that core is delivered to the people who would be receptive to it. And the channels to carry those messages change all the time. And perspective. In our case, we aren’t doing this for the quick buck. We’re here for the long haul. Launching a game is only the beginning.

How has 2017 been for Raw Fury?
In a word: awesome. We purposely decided that this was going to be the year where we invested in our future. So profit wise it’s the first time where we take a meaningful loss. But we knew that would be the case, going in and that’s why we checked in on people that we knew to think like us. When we saw we could execute on the plan, we went ahead and raised the round. And invest we did. We’ve partnered with an amazing bunch of developers from the very beginning and this year we ramped that up and we’re now lucky enough to be working on games that make me personally squeal with joy every time we get a new build. We have revealed all our new partnerships during this December and the reception has been nothing less than exceptional. It has cemented our collective belief that we made the right call at the beginning of the year, and is why 2017 will become the cornerstone of what we will achieve in the future. Awesome year. Awesome team. Awesome developers.

What kind of projects are you looking to work with right now?
It is simple. We don’t really have a portfolio strategy and we don’t care about genres. We look for games that we love. Games that make us feel something. Games that we see ourselves as fans of. Developers that like us and we like. Relationships are very important to us. The relationship between a publisher and developer is often a determining factor in what these two sides can collectively achieve. We even try to blur that line a bit, in a way where everyone truly understands and knows that we’re all in the same boat, heading towards the same direction. And for that to work there needs to be balance in the relationship. If there’s pain then it’s shared. If there’s joy and success, then it’s shared. We’re not doing this because we have to. Or to become rich. We’re here to have fun and because we love games. Simple as that. Financial success is necessary as fuel for the engine. But it’s not the engine.

As part of the announcement, Raw Fury seems to be investing more in console following your success on Switch with Gonner. Is this a response to the state of the PC market, or simply exploring a new audience?
The short answer is both. But the current state of the PC market along with strong digital-only sales on consoles and the success of the Switch signalled to us that the right time to explore and extend was now.

Has this changed with the new funding?
In a word: no.

What’s your ambition for the coming year?
2018 is going to be the Year Of Fury.