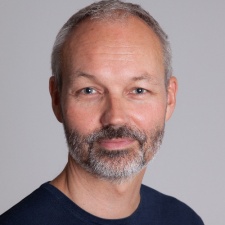 Getting investors interested in single-player games is an uphill battle.

That's according to independent consultant Christian Fonnesbech, who told the audience at GameDev Camp in Lisbon that the market is moving away from solo experiences. Part of the reason why investors are interested in multiplayer titles, he said, is because - if they are good - they attract a larger playerbase.

"Single player games are tough. They're great to make, they're easy to prototype and they don't need as much technology as you don't have to synchronise loads of players from different places," he said

"But, to be honest, the next generation of kids don't play single player games. I don't see it. I know some people do, but they are not the market; they are outliers. They are geeks who think too much about games. The market is so quickly moving towards multiplayer as the standard it's unbelievable. Even single player games like Dark Souls and Bloodborne have an enormous multiplayer component where you are running round and being invaded by other players who challenge other players to duels. It's fun, even when you consume the single player stuff.

"There's a very simple reason why this is important from an investment perspective and it's that a multiplayer game spreads itself if it's good. It's fun to play a multiplayer game but it's more fun to play if you invite your friends. If you can nail that mechanic you don't need to do much else. If you can get a game that spreads itself, that's what we are looking for."

This follows years of speculation about the so-called death of the single-player game. EA closing Dead Space studio Visceral at the end of 2017 and the recent implosion of Telltale Games have been evidence for this argument.

But these kinds of projects do still do well if expectations are reasonable. A title such as Hellblade from Ninja Theory sold very well but had a comparatively small budget.