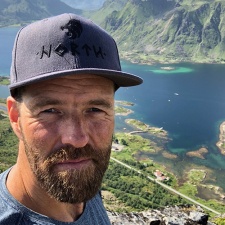 Nordisk Film is a media company that has existed since 1906 and has seen tremendous success in the film, book and TV space. Hell, it's the world's oldest film production company.

But this year, the Danish firm has started making moves into interactive entertainment with the newly-established Nordisk Film Games branch. Through this, the firm bought Rage 2 and Just Cause developer Avalanche for $104.16m, and has made investments in both indie label Raw Fury - $5.5m - and Star Stable Entertainment - $18m.

We caught up with Mikkel Weider, the MD of Nordisk Film Games to find out more.

How would you assess the last year for Nordisk Film?

It feels like a great year! We have made four investments and one acquisition in the last nine months and we are very happy with the outcome. Some very exciting games and companies.

Why start investing in games? And why now?
We liked that the gaming market is very large, and still growing a lot. We liked that games are more global than many other entertainment products, so if we hit on a success it could go truly global. As a Nordic-based media corporation, we also look to the successes in our neighbourhood. We could be a good partner to these companies.

What are you looking for in companies to invest in?
Ones with a strong team, an inspiring vision and strong Is. We also like the companies to have a certain size and ongoing revenue. We are not a start-up investor.

Broadly speaking, what is the strategy here?
To invest in the creation of long-lasting global IPs.

Roughly how much do you have in liquid capital to invest in games right now?
We have invested close to $150m so far, and we are not done yet. We don’t have a fixed fund size.

How many investments/purchases are you looking to make a year?
That depends very much on the size of the companies. Maybe three-to-five per year.

What's your ambition for the coming year?
Right now we take a tiny breather from investing in new companies, and instead, we are looking to work with the companies we already invested in or acquired. We want to assist them in becoming even more successful. But we are of course also looking to do new investments in promising new companies.