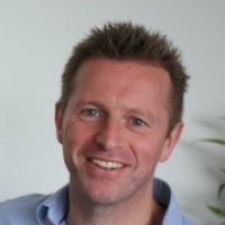 PC specialist Sega says that it has felt the rise of the Chinese games market.

Speaking to GamesIndustry.biz, Sega Europe EVP of publishing John Clark said that the region is now one of its most lucrative, a position China has taken very quickly. Before that, the country was barely in the publisher's Top 30, he said.

"If you look at premium downloads via Steam, I would say 18 months ago China would have been a Top 30 region for us," Clark said.

"Today, it's a Top Five region. The growth from Steam has happened in the last five months, and it's been significant. It's been incredibly impressive."

Part of this growth will be China's booming middle class which has an abundance of spare cash to splash. But another - potentially more significant reason - is down to Sega putting more effort into processes like localisation.

"It's more appropriate for the local audiences in terms of localisation. And it's just more accessible. And with the support of more Chinese publishers and Chinese entities, it's only going to get more accessible. We're talking about, I don't know how many, 1.3 billion people? That's a huge potential gaming audience and a demographic that's building its technology awareness, its connectivity, its social media and the way music and movies are downloaded and payments are being made. It's a huge growth area."

Clark was promoted to his current role from SVP of commercial publishing for Sega Europe back in August 2017.