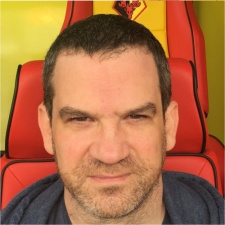 In a post on Twitter, studio director Miles Jacobson OBE announced the milestone with an image of a gold record "to recognise 33 1/3 million sales of football management games made by Sports Interactive" and thanked staff "both old and new" for their work.

The award sure sounds like it's not just sales from the developer's long-running Football Manager series, which debuted in 2004, but also its predecessor, the Championship Manager franchise, which ran between 1992 and 2003 and was also developed by Sports Interactive.

"What a milestone to hit," Jacobson wrote.

"Congratulations to the whole team at Sports Interactive both old and new."

Recent entries in the series have been multi-million sellers. Football Manager 19 shifted two million copies in its first eight months on the market, in part due to the game launching in Germany for the first time. We caught up with Jacobson to discuss the success of that iteration of the franchise.

Football Manager 2018 introduced gay players to the series, too.

Publisher Sega Europe has also said that it wants to focus on creating new IP as many of its franchises – including Football Manager – start to mature.