Sega Europe has a new COO and president 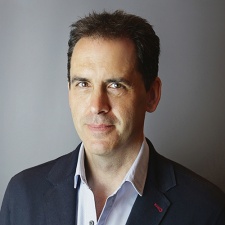 Chris Bergstresser is the new COO and president of Sega’s European arm.

The announcement comes via GI.biz, which says that Bergstresser will be reporting to Sega West boss Tatsuyuki Miyazaki.

In this role, Bergstresser will be in charge of Sega’s Western development studios, Creative Assembly, Sports Interactive, Sega Hardlight, Relic and Amplitude.

Bergstresser has in fact worked for Sega before. Between 1993 and 1996 he was senior production manager for Sega’s third-party division. Since then he has held roles at the likes of Konami and Atari, as well as advisor or board positions at companies such as Nitro Games, Ludicious and Spil Games.

"I'm delighted to be joining the incredible Sega Europe team at what could be described as a pivotal moment in the company's history," Bergstresser said.

"With the road to 2020 mapped out by Sega Sammy, all areas of the business must work closely together to drive continued success and innovation. It will be up to the team and I to ensure that Sega Europe continues to be a leader in the games business around the world. I am very much looking forward to the challenge."

Tatsuyuki Miyazak added: "Sega has outlined a solid plan towards further profitability by 2020 and needs cutting edge leaders to help make this goal a reality. In that respect, Chris joins Sega Europe at a very exciting time We believe that Chris has all the qualities required to take Sega Europe to the next level and help us achieve these goals. We are looking forward to seeing how the business moves forward under his guidance."

This promotion follows the departure of previous COO and president, Jurgen Post.

Clark joined Sega in 2007 as UK MD, rising up the ranks to SVP of commercial publishing. Meanwhile, Heaton joined Creative Assembly in 2009 as studio director.

“John and Tim have been at the forefront of Sega Europe’s continued growth and success over the past five years and the business would like to thank them for their hard work and congratulate them on their promotions,” said Sega West boss Tatsuyuki Miyazaki.

“Both are proven leaders who have enjoyed hugely successful careers at Sega and the business is confident that these qualities will continue to shine through, galvanising the teams in their embodiment of the values that drive the company culture.”