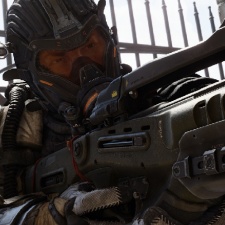 The news comes from a quote in Activision Blizzard’s annual financial report. While the report was released back in April, hints regarding a Call of Duty team sale seem to have been overlooked until Dot Esports found and shared the news.

Team sales for the league will launch later this year, alongside expansion plans for the Overwatch League’s team lineup. It’s currently unknown whether this will be an entirely new league for Call of Duty, or a format-change to the existing World League.

The natural conclusion is that Activision Blizzard is hoping to expand its franchised League model outside of Overwatch, taking a greater hand in running competitive scenes for its catalogue.

Call of Duty isn’t the only title getting the OWL treatment. Despite lacking a team structure, Blizzard has begun taking more direct control of Starcraft esports with the Korea Starcraft League.

To give a picture of how lucrative this model has been for Activision Blizzard, the franchise fee for teams in the Overwatch League's first year was $20m - that's expected to rise to anywhere between $35m and $60m for its second season.