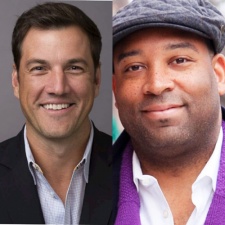 As pro-gaming becomes more of a focus for publishing giant Activision Blizzard, the firm is looking to strengthen its team.

The company has revealed three new hires to the games behemoth to look after its esports business.

This is a growing focus for the firm, with the Overwatch League recently launching and garnering a lot of attention. That's on top of its activities around Call of Duty and Hearthstone, as well as the potential for mobile-focused antics from King.com, the behemoth it shelled out $5.9bn for.

“The company’s innovative approaches to supporting its brands across pop culture is evident in iconic franchises like Blizzard’s Overwatch and Activision’s Call of Duty, where both celebrate their communities in unique ways beyond the games, as entertainment platforms, and as distinct professional leagues,” he said.

“The company’s desire to revolutionise the modern sports and entertainment landscape resonates deeply with me, as it does with the millions of passionate fans who make up their global esports communities. I’m looking forward to supporting these efforts by celebrating these professional players and growing the esports fan base worldwide.”

Meanwhile, Mark Kolin (not pictured) has been hired as VP of finance and strategy, joining from NBC Universal. There he worked on the strategy and backend work on Universal Studio's LA Hollywood Theme Park.

"It’s an exciting time to join the great organisation behind both the Overwatch League and Call of Duty World League,” said Kolin.

“The teams have already done an extraordinary amount of work to achieve such great results, and there is much more to come as we strive to reach the widest possible audiences and drive long-term growth. I’m pleased to be able to work with Pete, Daniel, Brandon, and the rest of the team to help reach that incredible potential.”

And finally, Activision Blizzard has brought National Basketball Association's Brandon Snow (above far right) on board as chief revenue officer.

“The Overwatch League has made great headway in attracting top-notch partners from the technology, automotive, communications, and food and beverage industries, and I’m excited to contribute to that ongoing effort and Blizzard’s full stable of legendary esports titles as well as support similar opportunities for the Call of Duty World League,” Snow said.

"I was personally attracted to the strong sense of integrity and commitment to quality here—both of which are reflected in the production and operation of each of the leagues, and which make for a powerful and appealing brand experience for potential new partners.”