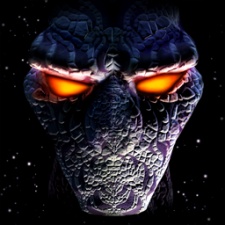 Blizzard’s next in-house esports will be built around the title that pioneered competitive gaming.

Starcraft Remastered - a 2017 re-release of the fan favourite strategy - will be at the centre of a new Blizzard-run esports league. The new league is aimed largely at Korean players, where the 1998 expansion Brood War never really faded in popularity - even after the release of Starcraft 2.

Aspiring contenders can register for the league right now. The Korea Starcraft League is open to all players of Remastered, with the caveat that prospective champions will need to make their way to Seoul for later stages. Qualifiers begin on 28th June, with the top 256 players making their way to the Korean capital for offline qualifiers on 1st July. The grand finals will take place on September 8th.

Despite a decades-long history of esports competition, the KSL is the first Blizzard-owned and operated league for the game. This appears to be an attempt to emulate the success of the Overwatch League. That model looks to have been a huge success for Blizzard, who are looking to expand with six more OWL teams.

All matches will be streamed on Twitch in both Korean and English, starting with the top 16.