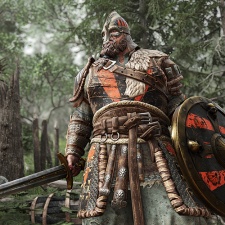 The team behind Ubisoft's medieval brawler For Honor has opened up about the challenges of running a games-as-a-service project.

A video on the title's official YouTube channel (below) has the developers at Ubisoft Montreal highlighting how this type of game is different to a traditional title.

The studio says it works a great deal with For Honor's community, bringing them in to evaluate changes made to the title. Furthermore, Ubisoft Montreal has introduced the Rapid Iteration Fight Test (RIFT) in order to roll out changes and make quick iterations on what's in the game. This allows designers to communicate quickly with players and talk to them about what changes need making, and why.

"Before we were launching movies; we were making a game, launching it and then you were just witnessing the reaction. Now, it's an amusement park."

He continued: "On For Honor, the community has been at its core since the beginning."

Community developer Eric Pope added: "We work very closley with the top players of our game. We bring them to the studio every couple of months for workshops where they test upcoming content and they give us very helpful feedback."

The full video is below:

Ubisoft delays the launch of For Honor's new season

Ubisoft says it is moving away from "finite experiences"