Ubisoft delays the launch of For Honor's new season 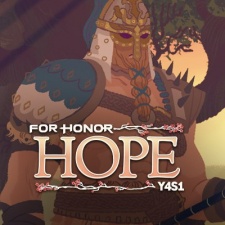 Ubisoft has delayed the launch of For Honor Year 4 Season 2 until June due to the coronavirus.

As announced in a site update, disruption in recent weeks has impacted the team's ability to get updates ready for the launch of a new season. As a result, it will not commence until June 11th.

Currently, the team behind the game is working remotely, as are a lot of companies during this pandemic. This week, Capcom confirmed it had asked its staff to work from home.

"First and foremost, we hope that everyone is doing well and is safe at home during these times," said the For Honor team.

"On our side, the team is still hard at work to keep For Honor fully operational even though we are doing so from home. We are proud of how quickly everyone on the For Honor development team has adapted to the situation.

"However, even with all our efforts during these times, the disruption over the past weeks is having an impact on our ability to deliver our near term content updates. For this reason, we have taken the decision to delay the release of Year 4 Season 2 to June 11th, 2020."

The team continued: "We know that this news is disappointing; we were all excited to be able to show you what was coming to For Honor for the upcoming season. However, we are confident this was the right decision for us to be able to launch the content as we intended."

However, by way of an apology, the For Honor team is working on bringing back "fan-favourite activities." Those will be released next month.

Ubisoft isn't afraid to delay games due to coronavirus