Ubisoft says it is moving away from "finite experiences" 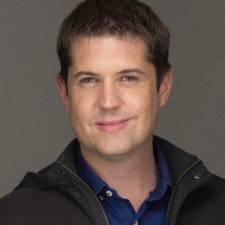 One of the top execs at Ubisoft's Canadian studios has said that the French publishing giant is less interested in "finite experiences".

In a blog post, EVP of creative Lionel Raynaud said that the publisher is more interested in longer-tail projects with a service-based model.

This is not hugely surprising given how Ubisoft has conducted itself in the last few years.

"What drove this is the will to not give finite experiences," he said.

"The idea was that you have this conflict, and the resolution, and then it's finished – you've killed the bad guy, for instance. We build a strong nemesis, and the goal of the game is to kill him or free the country, we've done that a few times in our games. But when you succeed, you have to leave the game, because there is nothing else to do. So the goal was to break this, and say that you will be the hero of a region or population many times, not just once. And if you get rid of a dictator or an oppressor, something else is going to happen in the world, and you will have a new goal.

"This is why I talk about having several fantasies; not only being the hero who's going to free a region, but maybe also the fantasy of having an economic impact, of being the best at business in this freed country, or even having a say in how it should be governed, now that you've gotten rid of the dictator. And I think we can have several different experiences with different game systems in the same world, if the world is rich enough and the systems are robust enough."

He continued: "We have bigger post-launch periods, longer lives for each of our games. Even the ones that used to be solo-oriented games, like action adventures, they now have a very strong post-launch, and people are staying in our worlds for a long time. So this line is absolutely fuzzier and fuzzier. We all see a future where a game will stay {post-launch], and new experiences will come in the games. But we will have technology that will break the [current] limits of memory, for instance, because of new technologies that are arriving. We would be able to – in the same world – have several historical periods, for instance, in Assassin's Creed, and use the Animus to travel from one to the other. Or have different areas of the world linked by travel systems, so that a Far Cry game or a Watch Dogs game could happen in different countries in the same experience, seamlessly."