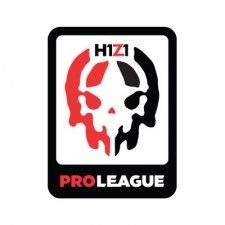 The general manager of H1Z1 maker Daybreak Game Company Anthony Castoro has said that its esports Pro League is not a marketing exercise.

Speaking to PCGamesInsider.biz as the battle royale title launched out of Early Access, the exec said that in contrast to other pro-gaming events, H1Z1 is not just a means of promoting the game and is designed to be "a very watchable experience" and is "player-focused".

Pressed as to whether he saw other esports events as marketing-driven, Castoro said yes.

Indeed, from the get-go, the messaging surrounding the esports side of the battle royale project has centered around gamers. The Pro League itself has the rather dramatic-sounding 'Player Bill of Rights', a document that "informs all decisions by the League".

The Pro League was announced in October 2017, with 15 teams competing in a 20-week season. That closed with a league championship later in 2018. That follows pro-gaming H1Z1: King of the Kill events dating back to 2015.

Esports are a large part of how Daybreak Game Company is looking to push H1Z1 to new players - and bring back old users - to the game.

"The game is highly competitive and we feel the H1Z1 Pro League is going to be very different to some of the other events that people have seen," he said.

"It's very player-focused. It's not just a marketing spend to get attention. It's really designed to be a very watchable experience."

H1Z1 launched into Early Access back in 2015, and rolled out of Valve's alpha programme last week. What began as one game with two modes - the zombie survival game Just Survive and the battle royale-themed King of the Kill.

The duo were then spun off into separate games in 2016, before 2017 saw Just Survive ditch the H1Z1 branding, while King of the Kill became just H1Z1.

You can read more about H1Z1 in our interview with Castoro.

H1Z1: King of the Kill eSports is on the way