H1Z1: King of the Kill eSports is on the way 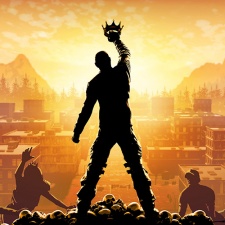 The battle royale component of Daybreak Game Company’s H1Z1 is about to launch a professional eSports league.

The developer confirmed this news to Polygon, saying that it was teaming up with games record-keeping organisation Twin Galaxies to run the league.

There will be 15 teams competing in a 20-week season, with a league championship following in late 2018.

“We were the first to do a battle royale eSports [event] with the H1Z1 Invitational in 2015,” H1Z1 GM Anthony Castoro said.

“Over the past couple of years, we've really started to develop best practices and learned how to run this kind of large scale event. ... We had really great success with the commercial broadcast of Fight for the Crown on the CW. I think our ratings were right up there with the NHL, the playoff game that was happening the same night.”

In doing so,Daybreak Game Company is trying to take a bigger slice of the ever-growing battle royale genre. The headline name in that space right now is Playerunknown’s Battlegrounds, which has sold 13m units. The developer of that title, Brendan Greene, got into the space making mods for the DayZ mod of ARMA 2. This was licensed to Daybreak and became King of the Kill.

Though there have been Playerunknown’s Battlegrounds invitational events, Greene says he is taking a slow and steady approach to the pro-gaming scene.

King of the Kill used to be one of two H1Z1 brands. However, Daybreak spun the other - Just Survival - into its own IP without the H1Z1 name.