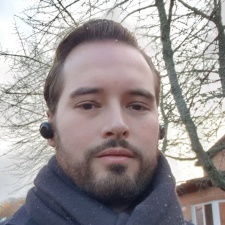 The Texan studio is being bought for $300m, which will be divided between cash and nearly-issued shares in the Swedish firm. This comes in the wake of EG7 buying Canadian developer Piranha Games, best known for the Mechwarrior franchise.

“On behalf of the Daybreak team and all of our players, we are elated to be joining the EG7 family. The combined companies are strategically positioned to expand Daybreak’s unique and iconic portfolio of live games and will help amplify our passion for making great games for our awesome communities,” DayBreak executive chairman Jason Epstein said.

“I look forward to working closely with the team at EG7 to continue to deliver incredible experiences for our players around the world.”

EG7 CEO and fo-found Robin Flodin (pictured) added: "We are thrilled to be welcoming Daybreak into the EG7 family today. Daybreak is a company that I have the utmost admiration for, not only for their games but the teams behind those games and services. Together we have bold and exciting plans for the future and I look forward to making those dreams a reality for gamers all over the world.”

Daybreak Game Company was previously Sony Online Entertainment, but the firm was renamed and sold to investment outfit Columbus Nova back in 2015. The studio was one of the early movers in the battle royale space with H1Z1, a title which launched out of Early Access in March 2018. This was, of course, after the absurdly huge success of Playerunknown's Battlegrounds, as well as early into Fortnite's life, so the battle royale romp failed to make much of a dent. By this point, the King of the Kill mode had lost 91 per cent of the playerbase it had at its peak.

We caught up with Daybreak general manager Anthony Castoro on its 1.0 launch to see why 2017 had been the best and worst of times for H1Z1.

One week after launch, the title went free-to-play, while the following month Daybreak cut a load of jobs. In August, it cut the original H1Z1 survival-focused Just Survive mode, before Nantworks invested in Daybreak and put its NantG Mobile team in charge of development of H1Z1. The title was rebranded Z1: Battle Royale at this point.

In December of that year, 25 Daybreak employees were laid off. 13 roles were cut the following April when Daybreak once again took the helm on the battle royale title.