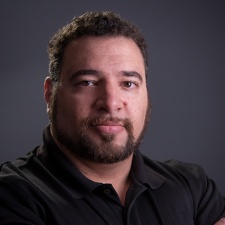 Odds are that if you wanted to play a battle royale before the start of 2017, you'd have headed in the direction of Daybreak Game Company's H1Z1: King of the Kill.

The title was one of the first battle royale games on the market, and was being developed via Steam Early Access.

For a time, things were looking good for the project; it had a following from the community thanks to streamers like DrDisrespect. All Daybreak had to do was get the game polished and shipped out to market.

But of course, last year saw a massive curveball in Playerunknown's Battlegrounds, a project that has dominated any conversation about the battle royale game since its March 2017 release. Adding insult to injury, however, is the fact that PUBG's creative director Brendan Greene was actually a consultant on King of the Kill and licensed the idea to Daybreak.

Now simply called H1Z1, the battle royale title is out in the wild. Speaking to PCGamesInsider.biz, Daybreak general manager Anthony Castoro describes 2017 as something of a mixed bag for the company.

"It's been an interesting year," he says

"If you've been to business school and understand market cycles - we were the early leader, the innovator in the space, and then you're going to have some product that come along and see what you do and fast follow. PUBG Corp put out a good product and then Epic did. We see it as a very chaotic, interesting, early period for this genre where people are trying to figure out what really works the best, what really connects with the audience and how to make sure that people are paying as much attention to their game as they are to the next one.

"It was an awesome year, in that we hit our highest highs, but it was also a challenging year in that we had a lot of fierce competition coming out. Our focus has been on what makes our game interesting and different. It's a fast-paced action-orientated competitive experience, and we have seen that the people who are really top players in H1Z1 were able to go on to other battle royale games and become the best players or the best streamers. They still have a soft spot for H1Z1.

"2018 is going to be about stepping up to that challenge as we invested in the game for the last six to eight months."

There are two major challenges facing H1Z1 right now. Firstly, it needs to convince new players that this battle royale title is worth their time; and secondly, it has to make a compelling argument to the gamers who were on board initially and may have left for other battle royale titles that now is the time to come back and give the project another try.

"There are a few angles to that," Castoro says.

"Last year, as part of our interesting challenges we had to step up, were our experiences in China and Asia and the popularity of the game in that space and the twists and turns there. But we have since announced a partnership with Tencent to bring the game to China. That's part of our strategy this year, to continue to grow the game. The anticipation there is very high. You've heard about the Pro League and that's part of the angle. The game is highly competitive and we feel the H1Z1 Pro League is going to be very different to some of the other Pro Leagues that people have seen. It's very player-focused. It's not just a marketing spend to get attention. It's really designed to be a very watchable experience."

One way that H1Z1 has been trying to do this is with the surprise announcement of Auto Royale which, yes, is car battle royale.

"The initial response from our active community was one of shock that turned immediately into raucous laughter and engagement," Castoro explains.

"The reception by our active community ha been very positive which we're really excited about. Now we have a lot of people who may not have known about H1Z1 originally but are into battle royale games who are now checking it out. You keep seeing people describing it as 'Twisted Metal meets Mario Kart' and that's exactly what we were hoping people would feel about it. So far we're really excited about it."

He continues: "You'll see us expanding to other territories, to other markets, other platforms and continuing to innovate in the space. Depending on how something like auto royale does, there's a lot of other things that we can do from a content standpoint that is a bit of a head turner, and that's what we need. We need people, especially after they've been playing one game for six months or even nine months, they're looking for new content in the space, but they're looking for the same kind of tension and experience that you get from the battle royale genre. We had an opportunity to continue to lead there, as we have been doing it longer than anybody else."

The title launched into Early Access back in 2015. Castoro says that developing a project in this manner is quite contradictory; you need to have a strong idea of what you are doing to get people on board, while also being open to any and all feedback from the community.

"There are two parts of going into Early Access and developing this way that have tension with each other," he says.

"One is to really be true to your vision and communicate that vision but believe in it and have conviction. The other, which can conflict with that is really listening to the audience and be transparent and be open about what it is that you are doing. Sometimes, the audience may feel differently about what your vision for the game is, but I think if you are true to yourself and you communicate with the audience about what it is you are doing and why, that's where the magic happens. This last set of things we have done to the combat system and some of the new features like tactical deployment, are all things that came from our audience, but they were aligned with the vision we had for battle royale. When you have both of those things happening going in the same direction, you can have lightening in a bottle."

The title spent three years in Early Access. More recently, titles including - yes - Playerunknown's Battlegrounds have launched much later in development, spending less than twelve months in this state. But Castoro says Daybreak wouldn't launch H1Z1 later in its development cycle, saying that that longer process was vital to the title.

"We were breaking ground with the way we evolved through Early Access," Castoro says.

"PUBG was following on a formula that had already been established. There were some of the same people involved. If we could go back in time, sure we'd go for straight for battle royale. But what happened was a creative process where the folks realised that there was this really cool experience out there called 'battle royale' that made sense for our game and we're going to try it. As it gained in popularity, we ended up doubling down on that. The feedback from the community, the journey with the community was just as important as the development process itself. I don't think I'd change anything."

For a time, it did seem that H1Z1 - in its many forms - was a project struggling for identity. Launching back in 2015 as a survival game that also had a battle royale mode, the title split into two separate games - H1Z1: Just Survive and H1Z1: King of the Kill. They both underwent another rebrand last year, with Just Survive ditching the H1Z1 branding, while King of the Kill simply became H1Z1.

Are you keeping up?

"We would do that differently - that was definitely a learning experience for us," he says.

"We tease ourselves about that. Everyone on the development team on launch got a T-shirt (pictured, above) that has H1Z1 crossed out, then King of the Kill crossed out, then it's H1Z1 again. Part of that is really understanding when you've got something that's really good and people are really excited about to just go and double down on it.

"Sometimes it seems like you want to be able to do everything because you're excited about all the things you are doing, but ultimately the most important thing we could do is focus on a few things that we can do really well. That's what we've been doing with H1Z1 for the past year and a half or so. It's paid off really well. We committed to that battle royale genre and it blew up for us. That was a wonderful thing for Daybreak and our fans.